Vicky and I booked the 4-day Inca trail around 5 months in advance and the trip was a long time coming. So when we finally arrived in Cusco, south Peru we were eager to get going. Cuzco was to be our base for excess baggage and acclimatisation. It was also the home of Peru Treks, the tour company we would be going with. After paying the remaining money for the trip and a few ‘Cusco Sours’ later we soon found ourselves standing outside our hostel at 5:30am waiting to be picked up. Our trip had begun.

The bus journey to the start of the trail was scenic with plenty of rolling hills and the odd snow capped mountain to keep you planning trips in your head. After a brief stop for breakfast and the purchase of a trusty Inca Trail walking stick we were at the beginning of the trail. It was a simple gateway welcoming you to the trail followed by a rather bouncy bridge over the Urubamba river at 2,600 metres. The sun had began to rise now and the valley started to warm up. We knew we had a 12-kilometer walk in front of us which was mostly uphill, so we decided to pace ourselves and take plenty of water on board. The head guide made plenty of stops on the track, where he would explain many interesting things about the flowers and wildlife, including where the local people get some of the dyes for those amazing blankets they make. One stop was to look down on our first Inca ruins of Patallacta. We were fairly high above them so we could only gaze at them from a distance while we listened to the stories from our guide. However it was our first view of the familiar terraced ruins so commonly associated with the Incas. Quite a sight! After a nice lunch break at a small nearby camp/farm we were back on the trail and heading to our first overnight camp. This was one of the nicest walks we have done with the added attraction of humming birds darting across the path in front of you. Finally, we reached the first camp at Wayllabamba at 3,100 metres. A small village with a camp site neatly set in the centre with the added bonus of local entertainment from to of the local kids showing us some acrobatics and funny impressions. These kids have next to nothing compared to kids in the UK, but they seemed happy and contented playing with what little toys they did have – who needs a play station!?!? 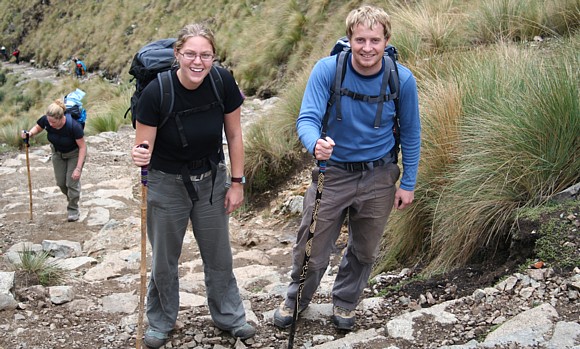 That evening we were introduced to the cook, porters and guides and then introduced ourselves back to them. It was a great way to meet them all and created a great atmosphere in the camp. We certainly felt more at ease and even tried out our Spanish…until we were told they speak a local language…oh well at least we tried! Later that evening and after a game of snakes and ladders we all headed off for an early night. The day had taken its toll and we had an early start in the morning.
We woke up at the crack of dawn to a hot cup of tea and quickly packed our bags for the day ahead. Today was the big day. We had to cross the Abra de Warmi Wanusca or ‘dead woman’s pass’ at a height of 4,215 metres. That meant we had to climb over 1,000 metres straight up in clear, hot conditions. After an energy-packed breakfast we didn’t hang around and were soon climbing the first section of the trail towards our first stop. Before long we were climbing steep Inca paths weaving our way up into the Andean forest. This was hard going simply because it was like walking up a flight of stairs all the way. You could really feel the burn! After a short break for lunch we were off again and the forest soon turned into moorland. You could tart to see the cloud level and the path weaved up to a distant summit. Up, up and up again and when we finally reached the 4,215 metre mark of ‘dead woman’s pass’. I think we were all relieved to finally reach the top.

We had climbed to the highest point of the trail and it was now time to take a breather, take in the surroundings, congratulate each other and take that all important photo. Now we were in the clouds, standing around too long meant the cold air was starting to bite, so we quickly added layers and headed down the track the other side of the pass and down to the second overnight camp called Paqaymayu at 3,500 metres. We didn’t get down to camp without getting our first soaking of the trip but the scenery was amazing. The camp was in an idyllic spot with stunning views, and the food was excellent and set us up for the next day nicely. We even got to try some local brew! That night we had heavy downpours. We awoke in the morning to the usual cup of tea but the rain was still with us. Wet weather gear was going to be the order of the day but it was clear at breakfast that spirits were high and we were going to have fun what ever the weather did. So armed with all sorts of wet weather gear and an array of brightly coloured ponchos we headed 200 metres up the trail to another slightly smaller pass. Orchids and other native flowers littered this part of the track and we had a brief stop to look at a watch tower the Incas had once used. At the top of the pass we had a rest break before starting to head down to the ruins of Sayaqmarka. This was an Inca town perched very precariously on the pinnacle of a rock face and was only accessible by a very steep staircase of Inca steps. The drops over each side were precarious, but it was an optional climb. The town was amazing with it’s own running water and various buildings. It sent your imagination wild on how they built it and lived in it. It was still pouring down with rain but we were still loving it. After a good soaking we headed down the staircase and carried on along the Inca trail through the Andean jungle once again. The trail started to get a lot more interesting here, including caves, steep flights of steps, twisting mountain trails and weaving trails through the trees with huge drops on the left side. You really started to get a feel for how the Incas must have felt when they were on an errand. Eventually the rain stopped and we stumbled across the most impressive Inca ruins so far – the Winay Wayna ruins at 2,700 metres.

We recognised the usual terracing but this place had lots of building and stunning views. We spent a good hour exploring, climbing steps, taking pictures and generally nosing around. Plus we had an expert guide to answer all of our questions. Further down the trail we arrived at the third camp called the trekkers lodge, where we had our first shower for three days. It felt great to smell of something else apart from yourself! After a beer in the lodge and a very nice meal in the camp we had the traditional ‘tipping ceremony’ for the porters. This was their last stop, tomorrow we would climb to Machu Picchu with just the guides. It was a nice way to thank the porters and they really deserved every penny we gave them. One more beer and it was off to bed ready for the main day, the ruins of Machu Picchu. 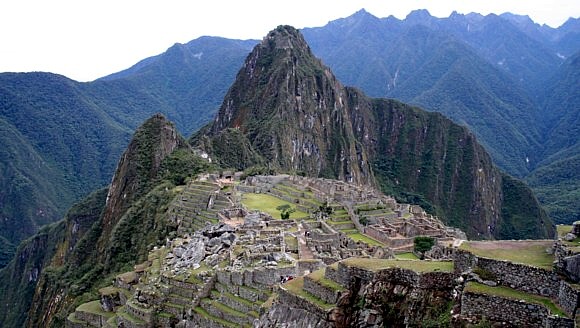 It was 4:30am and we were up packing our bags and having breakfast. The weather was clear and things were looking good for the ruins. We arrived at the gateway to the last section of the trail around 5:30am and after a short wait our passes were checked. We were then on our way and the trail took us along now familiar staircases, steps, winding paths and past the odd small ruin on the way. There was a significant staircase which was really steep and another couple of hundred meters up we arrived through the sun gate. And there finally in front of us was Machu Picchu at 2,400 metres. Wow what a sight! After a couple of pictures we headed down a small path into the ruins whilst listening to many stories about the ruins from the guide. As we first took a step onto the ruins you get a real sense of the scale of this place. Lamas and Alpacas roam wild here too so the classic pictures can be taken but I wouldn’t get too close! After dropping our bags off we headed into the heart of the ruins and our guide took us on a 2-3 hour tour of the ruins. They were just unbelievable and in every direction you looked there was something else to find out about. Stories of the Inca’s lives, Spanish invaders, modern day theories and all other interesting facts to blow your mind. The sheer scale of the ruins and size of the stones is enough but the fact that in most cases you couldn’t get a piece of paper in between the tightly packed stones was just amazing. I don’t want to give too much away about the facts because it would ruin for anyone reading this who is planning on visiting them but there is just so much to find out.

After an amazing tour and a couple of hours to ourselves looking around and taking a million pictures we finished in a town nearby to have a meal together, pay the guides and celebrate finishing the Inca Trail. It had been a great trail and we did it with a great bunch of people which only added to the enjoyment of the trip. And one thing not to be forgotten was it seemed like the ideal place to ask Vicky to marry me. She said yes and the rest of the guys surprised us with a bottle of bubbly after the meal. Thanks again guys it was much appreciated. A truly memorable trip. 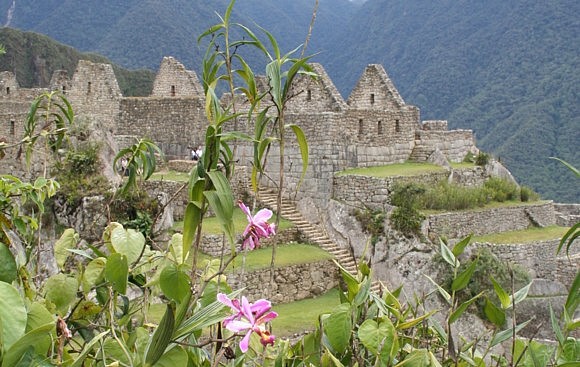